“Already at the beginning it becomes clear: he burns for it, has devoted himself to the music with body and soul (..)” — Pforzheimer Zeitung 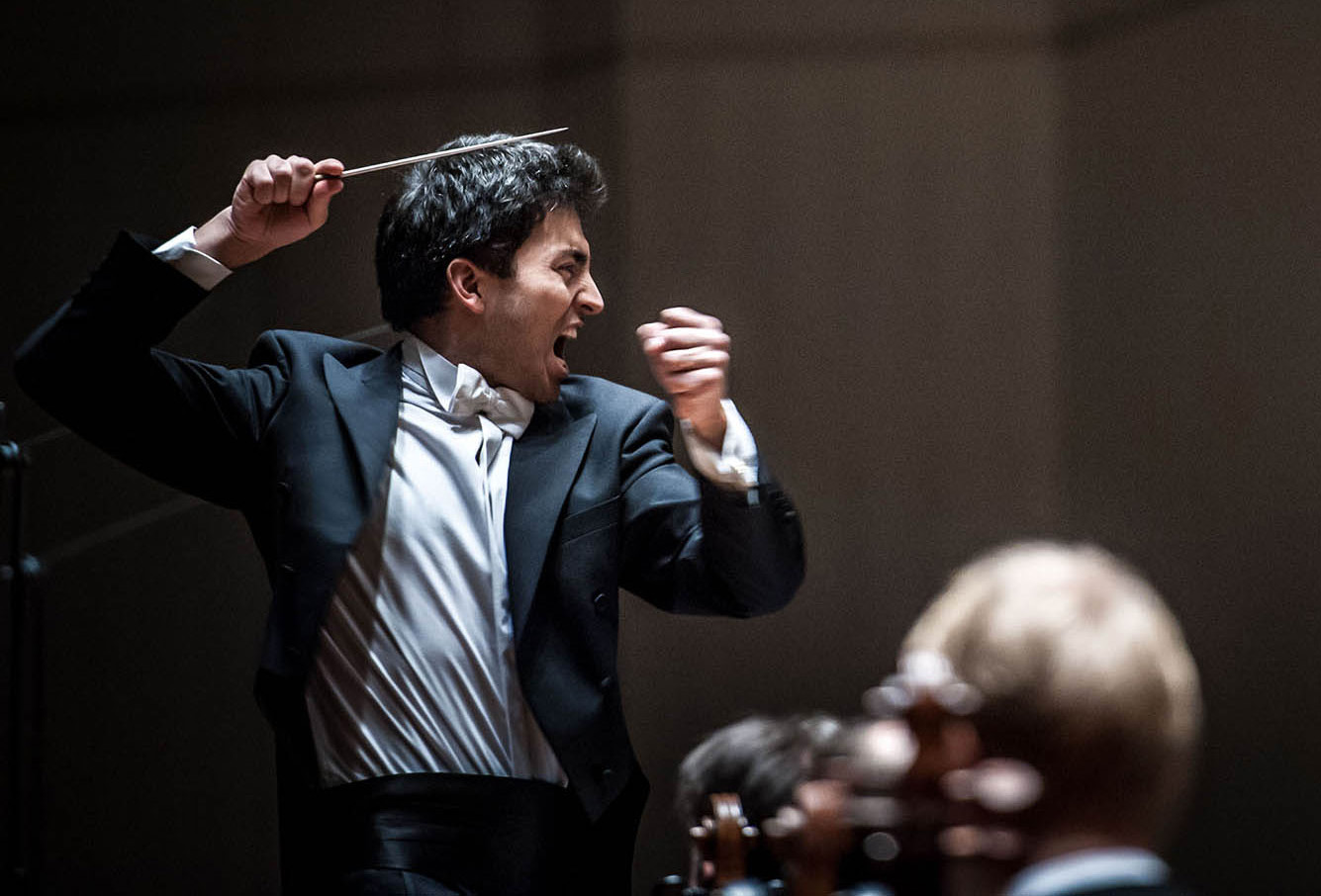 Praised for his deeply felt musicianship and inspiring temperament, Helmuth Reichel Silva is one of South America’s foremost conductors. He first came to international attention as a finalist at the prestigious Besançon Conducting Competition, subsequently receiving invitations to conduct orchestras in Europe, South America and Asia. Reichel Silva is the winner of the Art Critics Circle of Chile Award for the best performance of the year with the Orquesta Sinfónica Nacional de Chile. Other prizes and accolades include the 2nd Prize at the 6th German Conducting Competition in Stuttgart and the Orchestra Prize at the Jeunesses Musicales Conducting Competition.

Reichel Silva has worked with orchestras such as the Tokyo Symphony Orchestra, SWR Sinfonieorchester, Orquesta Sinfónica de Castilla y León, Sinfonieorchester Basel, Orchestra Ensemble Kanazawa, Stuttgarter Philharmoniker, and Nürnberger Symphoniker, among others. In his homeland Chile, Helmuth Reichel Silva works regularly with the most important orchestras in the country. He has collaborated with soloists such as Olli Mustonen, Tobias Feldmann, Rafael Aguirre, Alice Sara Ott, Christoph Eß, Jonian Ilias Kadesha and Alexander Markov. In addition, he has worked together with composers such as Helmut Lachenmann, Peteris Vasks, Marco Stroppa, Guillaume Connesson and the most important Chilean composers, including Tomás Brantmayer, Miguel Farías and Esteban Correa, regularly performing world premieres of their works in Chile and abroad.

“Fascinating was the emotional and atmospheric density, the artistic sensibility that the orchestra and Helmuth Reichel Silva expressed, ultimately leading to a passionate performance (..)” — Dresdner Neueste Nachrichten

Born in Santiago de Chile, Helmuth Reichel Silva started his musical education at the age of five, attending the Conservatorio Nacional de Música in Santiago, moving later to Germany to continue his studies. An accomplished violinist, he received his Soloist Diploma from the Hochschule für Musik Würzburg and served as violinist in the Stuttgart Philharmonic and Gelsenkirchen Opera House from 2007 to 2010, before going into conducting with Per Borin at the State University of Music and Performing Arts Stuttgart and Sebastian Tewinkel at the State University of Music Trossingen, where he finished his musical training. Helmuth Reichel Silva received valuable musical impulses from Jonathan Nott, Mariss Jansons and Dennis Russell Davies, furthermore he has attended masterclasses by Jorma Panula, Yuji Yuasa, Rodolfo Fischer and Yuuko Amanuma. He was laureate of the Dirigentenpodium Baden-Württemberg Conducting Program, which gives young conductors the opportunity to work with leading orchestras in Germany.

Committed to supporting the young generations of conductors, Reichel Silva regularly works as a visiting professor at international masterclasses, the Fundacion de Orquestas Juveniles e Infantiles and the University Alberto Hurtado in Chile. He has also served as coach and conductor at the Junge Deutsche Philharmonie, working alongside such conductors as Jonathan Nott, Dennis Russell Davies and Ingo Metzmacher. Helmuth Reichel Silva is Music and Artistic Director of the Dresden University Orchestra since 2020.